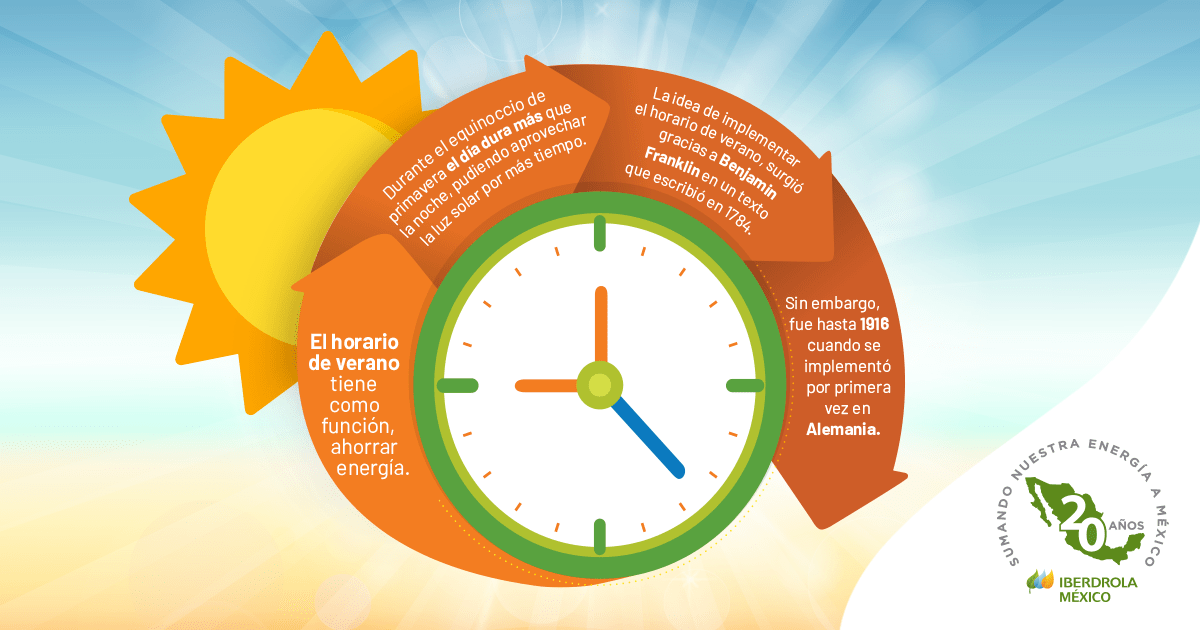 You have surely wondered where this idea originated. Here is the answer: In 1784 Benjamin Franklin, then the United States Ambassador to France, sent a letter to a French newspaper setting out a set of actions to save energy.
He put forward three peculiar actions:

The three ideas were rejected; however, they are a forerunner of what we know today as daylight saving time.

This measure was officially implemented in Mexico in 1996 – excluding in the state of Sonora – with the purpose of saving energy at homes. Since then, daylight saving time has succeeded in saving energy; one example of this is data presented by the Fideicomiso para el Ahorro de Energía Eléctrica (Electrical Energy Savings Trust):

billion pesos, which are equal to 546,000 tons of CO2 that were not consumed

In 2015 energy savings were equal to the consumption of

homes for the whole year

In view of the above, daylight saving time not only can save energy, but also benefit the environment, since using natural light for more time allows to reduce our energy emissions. It should be noted that some people question this measure because lights are turned on in the morning.

At Iberdrola México we believe that these days are an opportunity to reduce our emissions through small actions that will have a positive impact on the planet. Therefore, do not forget to set the clock one hour forward and enjoy evening sunlight longer.