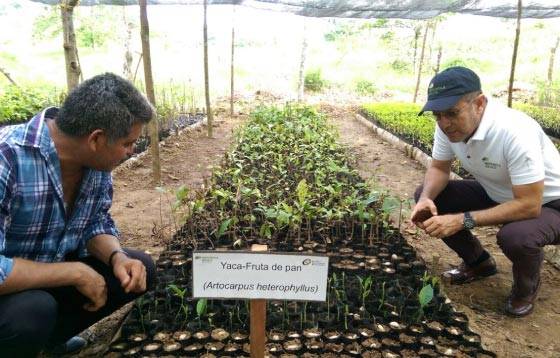 Iberdrola Mexico, in line with our social and environmental responsibility policies, has begun reforestation work on 83.1 hectares of forest in the Matías Romero municipality in Oaxaca, a state where company has four wind farms in operation.

The reforestation plan was established in an agreement signed between Energías Renovables Venta III (an Iberdrola Renewables Mexico subsidiary), the National Commission for Protected Natural Areas (CONANP, in its Spanish acronym) and land owners in the Cuauhtémoc township of Matías Romero. The lands have been officially recognised as Areas Designated Voluntarily for Conservation (ADVC, in its Spanish acronym) by the CONANP.

Iberdrola Renewables Mexico will contribute the totality of the operational costs for the project, which includes planting in nurseries, transplantation, maintenance and protection of the area for the following five years to ensure the action is successful. In addition, CONANP will advise the people responsible for the reforestation work and will head and supervise the completion of the project.

At this time, seeds from approximately 80,000 different plant species have been collected in order to begin the planting process in the area. Additionally, a technical council has been created to supervise the reforestation project, with representatives from Iberdrola Renewables Mexico, CONANP and the township’s land owners.

Through actions such as this, Iberdrola Renewables Mexico reaffirms its commitment to the environment and to the welfare of the communities company works in.