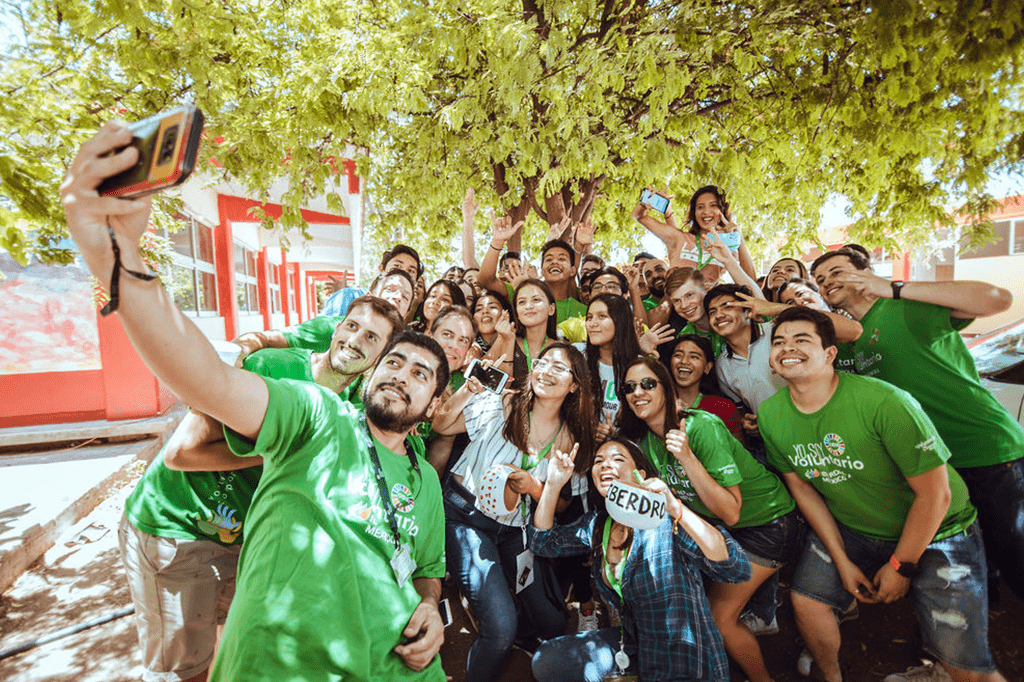 INVOLVE, the international volunteer program, is aimed at gathering employees from all the Iberdrola Group subholdings to assist in the development of young people through office automation courses and activities that will encourage cultural exchange for both students and participating volunteers.

By learning to use certain computer programs and traditions from other countries, bonds of friendship are gradually built among attendants during the two weeks of implementation of this initiative both in Mexico and Brazil.

The Iberdrola People did not fall behind and two employees are part of this program in Brazil. Following you may learn more about their experience.

In 2018, Rogelio from the Altamira region, shared on his Twitter profile some of the activities carried out by volunteers with their students, as well as some pictures, during the 12 days of the INVOLVE program.

Also, there is the case of Monserrath, from the Commercial Team in Mexico City, who participated in INVOLVE Brazil in 2019. In this video, she shares her travel expectations, the activities carried out during the journey, how to play lottery with young Brazilians and volunteers from other countries, as well as her feelings at the end of this great experience.

In Mexico, this program has been carried out since 2016: three in Mexico City and one in the Istmo de Tehuantepec, with the participation of 120 volunteers and 209 low-income youngsters.