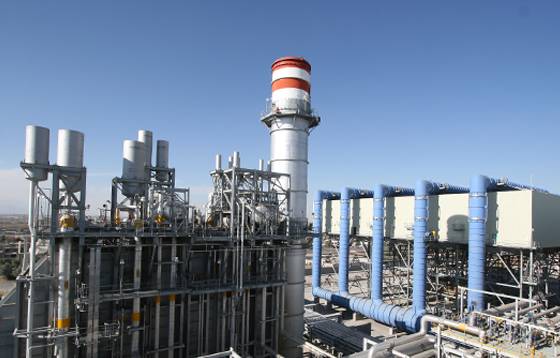 • The new Topolobampo III plant to be built just outside of Ahome, Sinaloa in northern Mexico, is scheduled for commissioning in 2020 following the required investment of USD 400 million.

• This project will provide Iberdrola with an installed capacity of more than 10 GW in Mexico by 2020, thus strengthening its leadership position as the largest privately owned electric utility in the country.

Iberdrola won a large-scale power generation project in Mexico that will strengthen its role as the leading privately-owned electric utility in the country.

The new Topolobampo III combined-cycle power plant will be equipped with state-of-the-art technology, an installed capacity of 766 MW, and require an investment of approximately USD 400 million.

This new facility will be located in the municipality of Ahome, Sinaloa, and will supply enough electricity to meet the energy needs of more than 2.5 million Mexican citizens when commissioned in June 2020.

Iberdrola will own, build, operate, and provide maintenance for the plant, with its entire energy production to be sold to the Mexican Federal Electricity Commission (CFE) under a 25-year contract with fixed capacity charges.

This long-term agreement with CFE provides certainty about Iberdrola’s investment and brings the project into line with the company’s strategy to achieve growth in a predictable manner with regulated activities situated in stable, high-rated countries. The transaction will also enable the company to strengthen its strategic relationship with CFE, which is its largest global client.

The Topolobampo III plant will utilize General Electric H01 gas turbines, as one of Iberdrola’s key suppliers in the power generation sector.

In addition to the plant’s construction, Iberdrola will start working on the associated infrastructure necessary to connect the plant to the Mexican national grid, including power lines and a converter substation.

Iberdrola has invested nearly USD 3 billion invested in power generation projects in Mexico, making it one of the largest international commitments ever entered into by the company.

These investments include the construction of three new combined-cycle plants, including Noreste in Escobedo, Noroeste in Topolobampo II, and El Carmen; and two co-generation plants: San Juan del Río and Altamira.

Iberdrola has also taken a further step in its commitment to renewables in Mexico, having begun the construction of two large-scale solar power plants. These plants are located in Hermosillo, Sonora (100 MW) and Santiago Fotovoltaico, San Luís Potosí (170 MW), and have a combined installed capacity of 270 MW.

Iberdrola’s presence in Mexico dates back 18 years. Since it entered the market, it has steadily increased its investments and activities in the country to the point of becoming the leading privately owned electric utility in Mexico, with an operational capacity of more than 6 GW, which is enough to meet the energy needs of more than 20 million residents in Mexico.