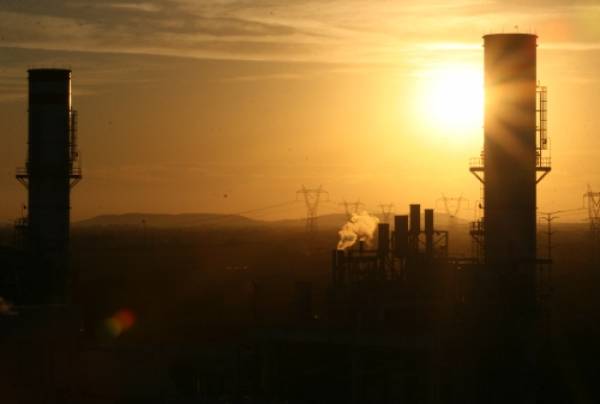 • This combined-cycle power plant has 300 MW installed capacity, with its main objective aimed at meeting the electricity demand from the growing industrial sector in the State of Nuevo León.
• The new plant brings Iberdrola’s power generation capacity to nearly 6 GW in Mexico, thus strengthening the company’s position as the largest privately owned electric utility in the country.
• The company is currently building 10 power plants in Mexico with a total investment of USD 3 billion.

Iberdrola has opened its Dulces Nombres ll plant, a combined-cycle power plant with 300 MW installed capacity built by the company just outside of Monterrey, Nuevo León, to meet the electricity demand from the region’s growing industrial sector.

The Dulces Nombres ll plant representing a USD 250 million investment, is a state-of-the-art combined-cycle power plant whose principal objective is to meet the industrial sector’s growing demand in the State of Nuevo León, one of the most important and fastest growing areas in Mexico.

With this project, Iberdrola has strengthened its position as the largest privately owned electric utility in Mexico, with an installed capacity of approximately 6 GW and an accumulated investment standing at USD 5 billion.

The company also plans to invest another USD 3 billion in 10 new gas and renewable energy facilities that are already under construction. This additional 4 GW new capacity will bring the company’s total installed capacity to approximately 10 GW within the next three years.

Iberdrola expects this commitment to take Mexico’s production above the current levels of power production in Spain, which would make the country the Group’s largest power generator by 2019.

In addition, Iberdrola’s new plant in Nuevo León will substantially enhance the company’s installed capacity in the state to 1.35 GW, which would make Nuevo León the region that generates most power for the company’s private clients. The company hopes to enhance its presence in the state significantly over the coming years and is already committed to commissioning its Noreste plant in 2018, which will add another 860 MW of installed capacity.

Furthermore, the newly opened Noroeste plant features the latest technological advancements in the sector, which will enable it to operate more efficiently and ensure greater availability. The technology used at the Dulces Nombres II plant will also optimize the company’s maintenance needs and environmental behavior.

According to Iberdrola CEO Ignacio Galán, the opening of this new plant, which 1,000 workers and dozens of Mexican companies helped to build, is a true reflection of Iberdrola’s commitment to Mexico, which has been ongoing for two decades and counting.
Speaking at the plant’s opening, Galán said, “never in our history have we had so many power stations under construction in a single country, and we want these to contribute to the intensive transformation process prompted by President Peña Nieto’s successful energy reform.”