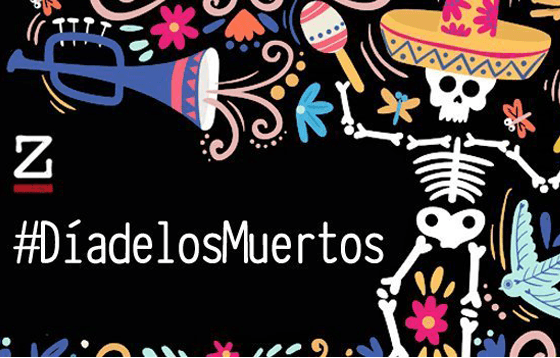 • Contest submissions will be received until Sunday, 12th November.

In the hopes of encouraging creative writing and of sharing the rich Mexican traditions with the rest of the world, Iberdrola Mexico and the Zenda literature website are making an open invitation to the public in general to participate in our Day of the Dead short story contest. The winner will be awarded the grand prize of $44,600 pesos and the runner-up will be awarded $22,300.

The contest jury, organised by Zenda and sponsored by Iberdrola Mexico will be made up of renowned authors Ángeles Mastretta, Gabriela Guerra Rey, Espido Freire, Jorge Zepeda Patterson, Élmer Mendoza and Xavier Velasco, with Miguel Munárriz acting as non-voting secretary.

To participate, contestants must write a story about the Day of the Dead that includes the word “Mexico” and publish it on the internet on a blog, on Facebook or on Twitter.

Contestants may publish their stories any time beginning 29th October and until 23:59 on 12th November. Then, 20 stories will be selected as finalists and published on Zenda on 14th November. On 16th November, the names of the winner and runner-up will be announced.

Zenda is a website dedicated to Latin American literature. It was founded by Arturo Pérez-Reverte, a renowned journalist, member of the Royal Spanish Academy and author, with more than 15 million copies of his works sold worldwide.