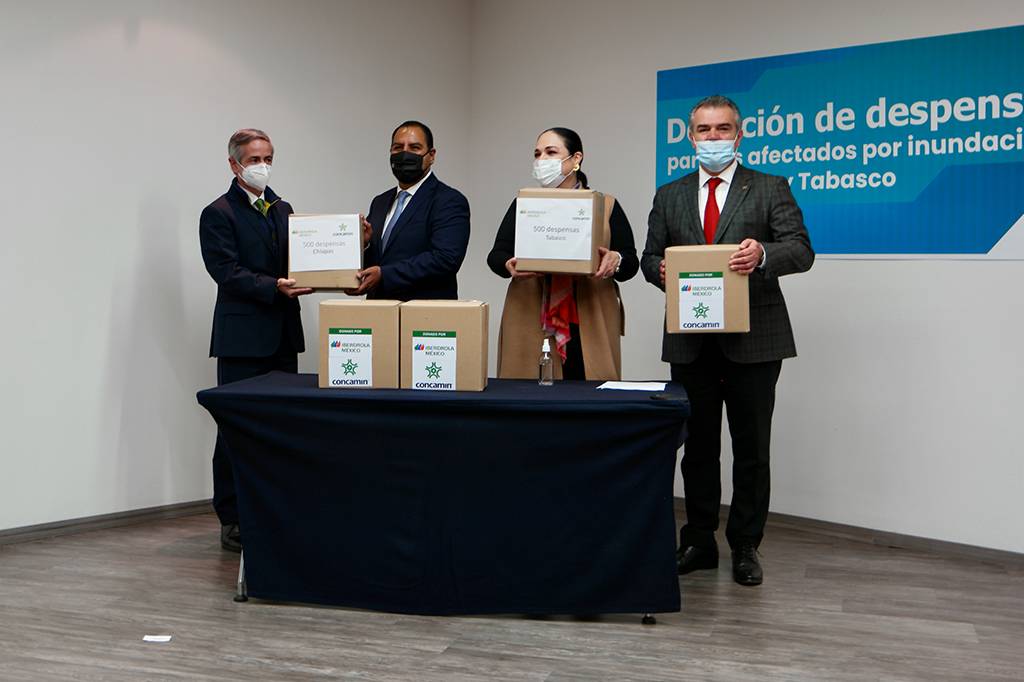 Mexico City, November 25, 2020 – Today Iberdrola Mexico announced that it was donating 5,000 packages of food to help low-income families affected by recent flooding in the states of Chiapas and Tabasco, at an event held in the Mexican Senate.

“At Iberdrola Mexico, we are aware that joint work between public administrations and the private sector is essential in the event of natural disasters such as the ones that took place in Tabasco and Chiapas. Companies have an obligation to help the most vulnerable people, which is why we will continue to help the government in order to overcome this difficult situation together,” said Enrique Alba.

Over the next few days, the remaining 4,000 packages of food will be delivered to different public institutions in charge of collecting and distributing the aid to the people affected by flooding in southern Mexico.

In addition, the company has distributed 12,000 packages of food and personal hygiene items as well as cleaning products to vulnerable families in more than 70 communities in the country.

The aim of Iberdrola Mexico is to combine economic and industrial development with social welfare, which is why it is carrying out actions to ensure the welfare of Mexican communities and provide constant help during these times of crisis.