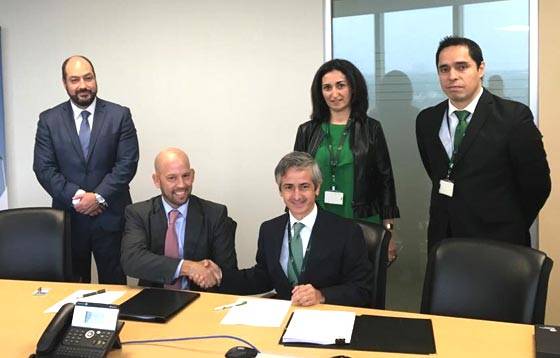 CFEnergía, a subsidiary of the Federal Electricity Commission (CFE, in its Spanish acronym), and the Iberdrola Mexico power company have signed a contract for natural gas supply to the El Carmen combined cycle plant for 24 years. This plant is the first to be built in Mexico for the sale of electrical power to the nation’s Wholesale Electricity Market.

Iberdrola Mexico’s new plant, which will be located in the El Carmen municipality in Nuevo León state, with an installed capacity of 866 MW and an investment of $450 million U.S., is scheduled to begin commercial operations in September 2019.

The pipeline that will provide the plant with natural gas is 302 kilometres long and operated by Howard Energy Partners. It will run from the Webb County Hub in Texas to Escobedo, Nuevo León. This same pipeline will be used to provide fuel to our neighbouring Noreste plant, which will operate as an independent power producer (IPP), making the Escobedo municipality one of the most important sites for Iberdrola in Mexico with an installed capacity of nearly 2,000 MW.