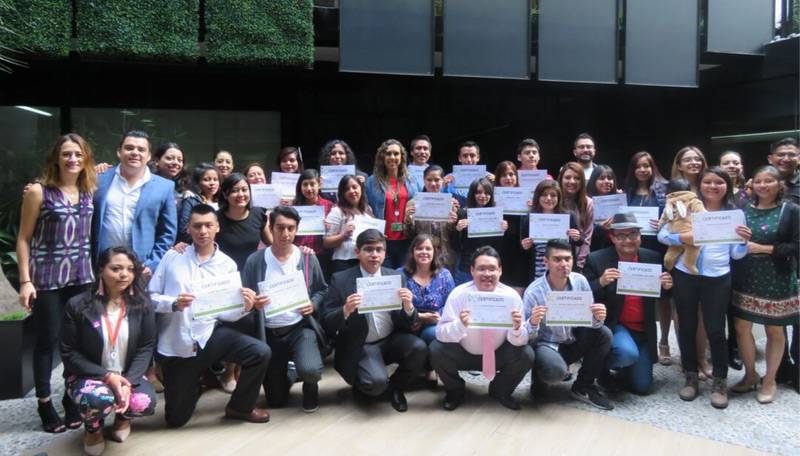 After a year of training, the third edition of INVOLVE (International Volunteering Vacation for Education) concluded with the awards ceremony for the students who participated in it.

Education) concluded with the awards ceremony for the students who participated in it.

Alan Jacobo Quintero, Rogelio Contreras and Leslie Herrera shared with us their experience in this program, in which young people from low-income families receive training in office automation to provide them with the necessary tools to achieve better academic results and obtain good quality jobs in the future.

“The INVOLVE project is incredible; you acquire a lot of learning, everything is didactic and the time spent together with the volunteers is great”, said Alan Jacobo, who received a year’s training in one of the community learning centers of our partner association FONABEC.

All three students said they were satisfied with the knowledge they had acquired and what it represented for their academic and professional development. They also underlined the value of spending time with foreign volunteers and learning about other cultures, languages and even new accents.

Working with people from other countries has opened up new horizons for them, as they are now hoping to study a degree and a master’s and even have a business of their own. This is the case of Rogelio, who was encouraged by one of the volunteers to continue his university studies. In fact, he is already studying a degree in Administration and has two jobs in which he applies much of what he learned during INVOLVE training, he notes.

In the four editions of this initiative held in Mexico – the latest one was held last summer in the southern state of Oaxaca – almost 120 foreign and local volunteers have participated to help more than 200 students.