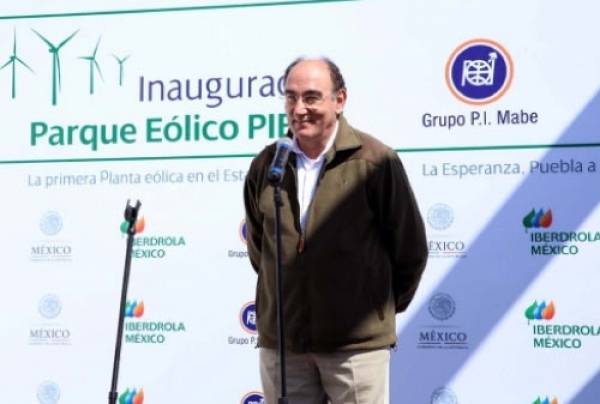 In an article published on the World Economic Forum (WEF) website, the Iberdrola chairman called the energy reform pushed through by Mexican President Enrique Peña Nieto “a unique example of a comprehensive and rapid transformation” of an energy industry.

The scenario ahead of us shows that the world will need more energy—at least 30% more through 2040 according to the International Energy Agency. At the same time, in Paris last year, the international community committed to limit rising temperatures below 2ºC. Combining these two trends will require substantial changes to the current model on sustainable and competitive energy sources. Low carbon electricity technologies will play an essential role in this respect.

Progress in Mexico is heading in this direction. The energy reform announced by President Enrique Peña Nieto in 2013, as part of an extensive and ambitious reform agenda that covers a variety of social and economic areas, is a unique example of a comprehensive and rapid transformation of an energy industry.

The reform aims to achieve a more secure, efficient and sustainable energy supply while reducing the cost of electricity for Mexican citizens and industries. At the same time, it has become the key building block of the government’s environmental agenda that includes a target to reduce its greenhouse gas emissions by 22%, with actions to meet the commitment made in Paris last December.

The Mexican government is fully aware of the massive investments all this will require, estimated at USD 150 billion over the next 15 years, which is why it made sure that the reform broadened the possibilities for private capital to participate in the sector and created the conditions necessary to attract investors as a well-designed, stable and predictable regulatory framework based on market principles.

The reform features an impressive range of measures including modernization of state-owned company CFE, the creation of the institutions required to run an open industry (a system operator and a market operator, for example), the design and detailed implementation of wholesale and retail market rules, and creating a market for clean energy certificates.

In only two years, most of these changes have already been implemented or are under way, and the reform is already bearing fruits as the investment in new infrastructure is helping create new industries, many of which are technology and knowledge-based, plus lower energy costs, which not only makes it more affordable but makes Mexican companies more competitive, creating wealth and jobs for Mexicans.

However, there is still a way to go. The reform has fundamentally changed the structure of the Mexican electricity industry, and ensuring this can reach its full potential will require further efforts to consolidate market liberalization, maintain regulatory stability, provide visibility to investors by defining medium and long-term energy goals, and facilitate administrative procedures for generators and suppliers. Those implementing the reform must also ensure it improves the quality of service and reduces network losses by leveraging new digital technologies. Finally, they must invest in human capital, finds the appropriate skills for the new digital technologies.

I am sure that these remaining challenges can be overcome, and that the reform will bring further opportunities for companies like Iberdrola, which is planning to invest USD 2.5 billion in Mexico over the next five years to contribute to a secure, clean and competitive energy for Mexican citizens.