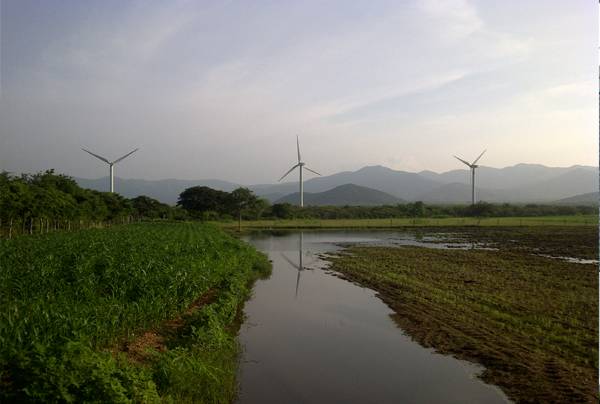 Iberdrola has taken another important step in furthering its commitment to renewable energy in Mexico by obtaining permits to build four facilities that will have a combined installed capacity of 600 MW.

The sum invested in developing these projects will total EUR 700 million over the next two years, which is the most Iberdrola has ever allocated to the Latin American renewable sector.

The next phase of the operational Pier II project will see the development of a 220 MW capacity wind farm in Puebla, while a 105 MW capacity Pier wind farm will be developed at the Santiago Eólico wind farm in Guanajuato. Both projects are scheduled for commissioning in 2019.

As for solar plants, Iberdrola plans to build a 105 MW plant in Hermosillo, Sonora, and another 170 MW plant in Santiago, San Luís Potosí, both of which are scheduled for commissioning by late 2018.

The volume of installed capacity anticipated at these facilities means that Iberdrola will be making its first large-scale incursion into the solar power sector.

Iberdrola will develop these four projects within the framework of its long-term PPAs with private industrial clients who will receive the power generated and Clean Energy Certificates for these renewable facilities.

Iberdrola chairman Ignacio Galán spoke today to express his satisfaction that, “these new renewable energy facilities mean that not only will we continue to strengthen our lead position in the utility sector in Mexico, which is a country of key importance for Iberdrola, but we will do so by starting up clean technologies in our wind farms and solar plants that will ensure that we deliver yet again on our firm commitment to tackling climate change.”

Iberdrola’s presence in Mexico dates back 18 years, and it has steadily increased its investment and activities in the country to the point of becoming its largest privately-owned electric utility.

The company currently has a total installed capacity of 5.4 GW from its combined-cycle, co-generation, and wind power plants, which is enough to serve approximately 20 million people in Mexico. Iberdrola plans to invest up to USD 5 billion in Mexico over the next five years.