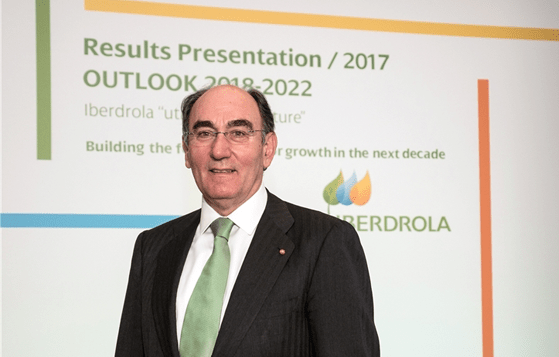 Iberdrola, Mexico’s largest private electrical power producer, is reaffirming our commitment to Mexico with the announcement of some $2.8 billion in new investment during the 2018-2022 period, according to the information presented today in the company’s Strategic Plan.

Iberdrola Mexico will be adding an additional 2,000 megawatts to our eight projects already under construction, which account for 4,000 megawatts, giving us a total capacity of more than 11,000 megawatts by 2022, when Iberdrola will be producing more than 20 percent of the electricity used in Mexico.

With almost 20 years of experience in the country, Iberdrola has consistently increased investment, becoming the foremost private power producer, with more than 6,000 MW of capacity across 17 plants in operation.

Improved results have also been made possible thanks to an increase in business activity for sale to the industrial sector, where Iberdrola Mexico already boasts more than 1,500 interconnection points and more than 9 TWh provided in 2017.

For Iberdrola Mexico General Director Enrique Alba, “Mexico is a priority market for Iberdrola, whose presence in the country is based on a long-term vision and on a commitment to guaranteeing our customers dependable, competitive and environmentally respectful power supply.”

Among our new projects for the coming years, Iberdrola Mexico plans to construct at least one new combined cycle and several cogeneration projects, which represent an estimated investment of over $600 million, adding to the four combined cycle plants already under construction, Noreste and El Carmen in Nuevo León and Toplobampo II and III in the state of Sinaloa.

With regard to renewable projects, Iberdrola is currently constructing four facilities, which will provide a total of 595 megawatts (MW) of power and represent an investment of some $780 million.

For more information about Iberdrola Group results and the 2018-2022 prospectus, visit