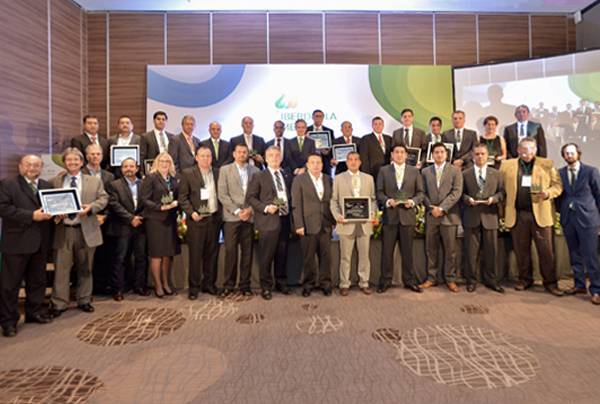 Iberdrola Mexico has given out its 2016 Supplier of the Year Awards that recognize the service and commitment of suppliers to the company’s development and operations.

The purpose of the awards is to acknowledge quality, innovation, job creation, respect for the environment, and the prevention of workplace risks, all of which play a role in ensuring that Iberdrola meets its objectives in Mexico. Iberdrola Mexico also places high value and recognition on the ethics and transparency of its suppliers.

The purpose of the awards ceremony is to demonstrate Iberdrola’s commitment to the economic and social development of the area where it operates. Suppliers play a key role in these efforts, leading the company to underscore their commitment and recognize their leading business management and service demonstrated throughout 2016.

Iberdrola Mexico CEO Enrique Alba said, “Iberdrola aims to keep working with suppliers that are distinguished by their excellence, with whom we aim to establish long-term partnerships that enable us to enhance the products and services we offer our end consumers.”

The trust that Iberdrola places in the Mexican industrial sector has led to a gradual increase in purchases from Mexican companies since 2014, with 16,000 total awards made to domestic enterprises, accounting for 62% of all billing and a total value of USD 1.2 billion.

The event was attended by one hundred guests, including supplier representatives from different sectors, in addition to Iberdrola Mexico executives and workers.

The following companies were also presented with finalist certificates:

Iberdrola currently has 12 power plants in operation in Mexico, including combined-cycle gas plants, cogeneration plants and wind farms, following investments of approximately USD 4 billion. The production of these plants is enough to serve approximately 20 million people in Mexico.

In demonstrating its commitment to Mexico, the company plans to invest up to USD 5 billion during the current six-year period. USD 2 billion of this figure has been allocated to seven plants that are already under construction: four new combined-cycle plants (Baja California III, Dulces Nombres V, Escobedo and Topolobampo II) and three co-generation plants (Ramos Arizpe, San Juan del Río and Altamira), with a total installed capacity of 1.6 GW.

Iberdrola has a presence in Mexico dating back 18 years. Since entering the market, the company has steadily increased its investment and activities in the country to the point of becoming the largest privately owned electric utility in Mexico.