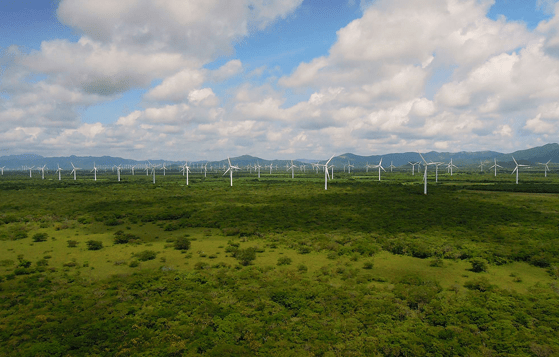 The group continues to lead in sustainable financing, after signing the first “green loan” in the world for an energy company last year.

Iberdrola, through its subsidiary, Iberdrola Mexico, has signed the first corporate green loan for a company in Latin America. It is a five-year loan in the amount of $400 million U.S., with the possibility of extending the term for an additional two years. The company has signed the loan with ten banks in association, with BBVA and BBVA Bancomer as administrative banking agent and global coordinator and as green agent, respectively.

The terms obtained by Iberdrola are very advantageous, and the funds obtained, in accordance with the sustainable nature of the loan, will be used to fund socially responsible projects. Specifically, the group will utilise the $400 million to refinance the construction of three wind farms in Mexico.

By obtaining this loan, the company continues to be a pioneer in sustainable financing, after last year becoming the first energy company in the world to sign a green loan and the first Spanish company to issue a green bond in April 2014.

The “green” classification has been validated by the independent agency Vigeo Eiris which certifies the adequate use of resources obtained in accordance with the Green Loan Principles.

By obtaining this loan, Iberdrola also reaffirms its commitment to Mexico, where it is the foremost private electrical power producer and where we plan to reach an installed capacity of over 11,000 megawatts by the end of the 2018-2022 period, as established in the group’s Strategic Prospectus. With that achievement, we will be producing more than 20% of the electricity that Mexico will be consuming at that time.

Iberdrola was the largest issuer of green bonds as a company in 2016 and 2017. The company has also made all of our issuances of this type public throughout 2018.

Additionally, in January, Iberdrola closed the largest credit operation under sustainability criteria worldwide in the amount of 5.3 billion Euros, with a rate differential tied to a reduction in the group’s emissions.

This move towards sustainable financing is in line with Iberdrola’s commitment to the Sustainable Development Goals (SDG) of the UN’s 2030 agenda, which we have integrated into our strategy. Specifically, Iberdrola focuses on goals number 7 (affordable and clean energy) and 13 (climate action).